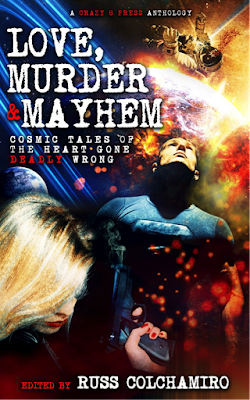 "I have joined the stars and become one of their own, one of many—if machines have souls, which I believe they do. If you look within a machine, you'll see the truth—that despite what some brand us, we're more than sophisticated slates."

The good thing about reading science fiction is that one doesn't need to be told to let one's imagination run wild. It goes with the territory. Anything is possible.
Just use your imagination about the meanings of names and references by the context in which they are written.

I am a little wary of reading science fiction though. I connect to emotions more than thrill or fantasy, and it is the 'love' part of the title of this anthology that had me choosing it... and it didn't disappoint.

In one of the stories (Robert Greenberger's Fractured), humans are living on Mars, so the concern is an overuse of the Martian resources and damaging the environment there. And marriages are contracts that are to be renewed every five years. At times such details rather than the actual story have a lingering effect. The limitations and challenges of living in a new, strange, unexplored, hostile environment and its' impact on the people living there.

Then there is one with Sherlock. (Mary Fan's The Note on The Blue Screen). A humanoid Sherlock whose method of getting high is 'injecting herself with corrosives which ate away at her metal bones'.

The 'people' in these stories are not normal, the setting of the stories can be just about anywhere (Earth, or Mars, or another galaxy altogether), so starting each story is like entering a new world, which at least for me meant that I couldn't move from one story to the next effortlessly.
It took me time reading this collection. A maximum of two stories a day and that too not one after the other.

A couple of stories didn't work for me - I think it was mostly because the science fiction part of the story was too crazy for me and the emotions could not hold my attention. Would it work for someone who is into this genre? Maybe.

I had to google some of the things that surprised me and not all of them are as 'new' as I thought they were. Maybe because I am not a regular reader of this genre, I got more out of this book.

My takeaway from this anthology is strange locales, fictitious creatures, but the same emotions. Love, jealousy, guilt, confusion, sacrifice, deceit, and more.
Some humans who have lost touch with their feelings because they are surrounded by technology, and machines who seem so very human.

*  *  *
I received this ebook for free in exchange for an honest and unbiased review.

The italicized text in quotes is an excerpt from the book.

Love science fiction stories that all include elements of Love, Murder & Mayhem?

Then welcome to the latest anthology from Crazy 8 Press! This amazing collection from 15 all-star authors will delight you with superheroes and supervillians. AIs, off-worlders, and space cruisers. We've also got private eyes, sleep surrogates, time travelers, aliens and monsters-and one DuckBob!

About the Editor: Russ Colchamiro 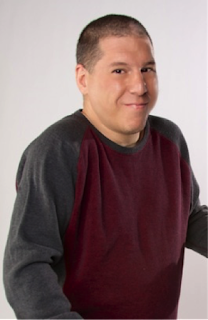 Russ Colchamiro is the author of the author of the rollicking space adventure, Crossline, the hilarious sci-fi backpacking comedy series, Finders Keepers, Genius de Milo, and Astropalooza, and is the editor of teh new anthology, Love, Murder & Mayhem, all with Crazy 8 Press.
Russ lives in New Jersey with his wife, two children, and crazy dog, Simon, who may in fact be an aliem himself. Russ has also contributed to several other anthologies, including Tales of the Crimson Keep, Pangaea, and Altered States of the Union, and TV Gods 2. He is now at work on a top-secret project, and a Finders Keepers spin-off.

*  *  *
on June 22, 2017
Email ThisBlogThis!Share to TwitterShare to FacebookShare to Pinterest
Labels: Book Review 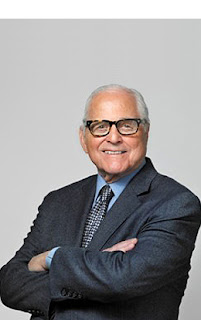