The pain of not knowing (Book Review: Celeste Ng's Everything I Never Told You) 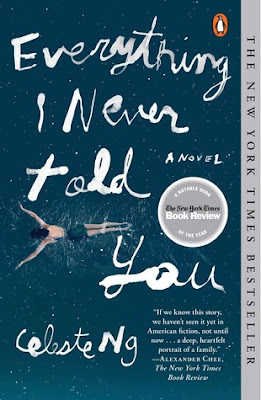 Title: Everything I Never Told You
Author: Celeste Ng

Everything I never told you begins with an incident that the worst nightmares of a parent are made of.
Lydia, daughter of James and Marilyn is missing.

'Lydia is dead. But they don't know it yet.'


The author has the reader experience the life of the characters through her words. The expressions, the metaphors, the little details...

There are many aspects of this book that linger on in my memory.


Lydia's death and the reason behind it, James' and Marilyn's past and marriage, the struggle of Chinese-Americans to fit in, Nath's and Hannah's (Lydia's siblings) emotions, and the many secrets.


The many secrets that we keep, especially from the ones we are very close to... some for our own benefit, but most to make sure we don't hurt those we care for.


Keeping these secrets is more often than not an unconscious, instinctive decision that we are ourselves unaware of. And this leads to a way of life.


A story that goes back and forth, Everything I never told you gives the reader insights into the family, their struggles with each other and with self. It hurts. Whom do you blame? Everyone has their own baggage that they are struggling with.


There are so many mistakes, so much pain in this book and yet, the author has painted each of the characters in such a way that I can't find it within me to judge any of them.


Everything I never told you is a touching story with a lot of depth. Each of the characters stands out and leaves an impact.  For some more than others, yes, but as you get to know each of them better, you understand them. The end had me being sympathetic to every one of them.


The emotions of this book are subtle, high strung, and so very effective.

Everything I never told you made my eyes well up.
Reading it hurt. Well, considering its' subject it's meant to.
At the same time, it was a pleasure to read too, thanks to the author's ability to depict each situation and emotion admirably.


This is a story of emotions. Of feelings that lead to and follow a tragedy. And the author makes you feel the emotion of each of the characters. The feelings shine.


For me, the reason this book deserves five stars is the way it describes the loss of a loved one.
*  *  *
Blurb

Lydia is the favourite child of Marilyn and James Lee; a girl who inherited her mother's bright blue eyes and her father's jet-black hair. Her parents are determined that Lydia will fulfill the dreams they were unable to pursue - in Marilyn's case that her daughter become a doctor rather than a homemaker, in James's case that Lydia be popular at school, a girl with a busy social life and the centre of every party. But Lydia is under pressures that have nothing to do with growing up in 1970s small town Ohio. Her father is an American born of first-generation Chinese immigrants, and his ethnicity, and hers, make them conspicuous in any setting.
When Lydia's body is found in the local lake, James is consumed by guilt and sets out on a reckless path that may destroy his marriage. Marilyn, devastated and vengeful, is determined to make someone accountable, no matter what the cost. Lydia's older brother, Nathan, is convinced that local bad boy Jack is somehow involved. But it's the youngest in the family - Hannah - who observes far more than anyone realises and who may be the only one who knows what really happened.
Everything I Never Told You is a gripping page-turner, about secrets, love, longing, lies and race.

Celeste Ng is the author of the novel Everything I Never Told You, which was a New York Times bestseller, a New York Times Notable Book of 2014, Amazon’s #1 Best Book of 2014, and named a best book of the year by over a dozen publications. Everything I Never Told You was also the winner of the Massachusetts Book Award, the Asian/Pacific American Award for Literature, the ALA’s Alex Award, and the Medici Book Club Prize, and was a finalist for numerous awards, including the Ohioana Award, the John Creasey (New Blood) Dagger Award, and the VCU Cabell First Novelist Award.

Celeste grew up in Pittsburgh, Pennsylvania, and Shaker Heights, Ohio, in a family of scientists. Celeste attended Harvard University and earned an MFA from the University of Michigan (now the Helen Zell Writers’ Program at the University of Michigan), where she won the Hopwood Award. Her fiction and essays have appeared in One Story, TriQuarterly, Bellevue Literary Review, the Kenyon Review Online, and elsewhere, and she is a recipient of the Pushcart Prize.

Currently, she lives in Cambridge, Massachusetts. Her second novel, Little Fires Everywhere, will be published by Penguin Press in fall 2017.

*  *  *
on September 29, 2017
Email ThisBlogThis!Share to TwitterShare to FacebookShare to Pinterest
Labels: Book Review 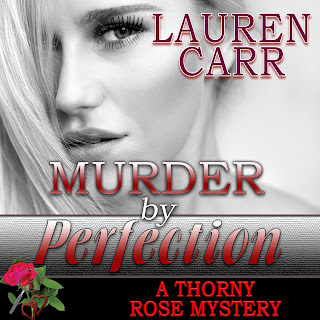