Dreams that wake you up (Book Review: Nilesh Rathod's Destiny of Shattered Dreams) 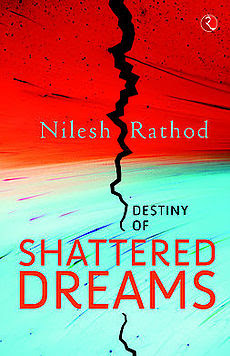 As the story begins, he is being sent to prison, over corruption and various economic offenses.

As we get to know Atul Malhotra's story, we live through a story of "Passion and ambition, deceit and drama."
Atul comes across as a good person, stuck in a bad system.
"...corruption was a necessary evil that fired the engines of democratic politics. Corruption existed in political systems by design."
"he did his dishonest work with a lot of ethics and accountability."
But at times, he does come across a little naive, though.
He is a tycoon, but the author makes too many excuses for him.
The book is written in third person narrative, but the perspective is more often than not, Atul's. Maybe that is why it often seems that his actions are being justified.
In Atul's words-
"My ambitions and dreams cost me my conscience. I could never stop seeking."
The narrative of Destiny of Shattered Dreams is rather slow in places with too many details. On the other hand, it manages to retain your attention despite this. The curiosity of what would happen next is strong.
There are certain details that bothered. Small details like champagne and unprescribed medicine during pregnancy.
I don't know much about the world of finance. This book though has quite a few details about it. They didn't affect the flow of the story much, but I am going to assume that the information is right.
The changes in feelings are very sudden. Why do you not love anyone anymore, or why do you now love someone? As a reader, I could have been convinced better.
It is the shayari (poetry) in this book that is my favourite.

Shola sa bhadak udtha, socha ab to muje samaa lega,
Aag hi aag haeh, magar qazaa se pehele woh bhi kahan khaakh dega.
(Something like the spart did leap, I thought that now at last it wil absorb me,
Fire fire all the way but how shall it give cinders before destiny's decree.)
Through the words of Qazi Sahib, Nilesh Rathod gives out many other advises too.
"Time has no mind of its own."
"What was right yesterday will not necessarily be right tomorrow; speeding is no good without the ability to brake."

Emotions and relationships, in this book, are told. You, as a reader, don't always feel them.

Relationships serve a certain purpose in this story of ambition, ethics, corruption,
A little like a Bollywood movie where love, feelings, and relationships have a place and then they disappear from the scene for long periods of time, when other more important things are happening.
"...one person's dreams can become another's baggage."

Destiny of Shattered Dreams is above all a story of Atul's self-discovery on both professional and personal level.
From that point of view, it is actually a success, because even as he suffers, he comes out of it a better, more self-aware person.

This book is the story of doing business in India and does a good job of it. Between the lines, and at times very obviously, it also includes the life lessons of a happy life.

My Favorite Quotes from Destiny of Shattered Dreams

*  *  *
The italicized text in quotes are excerpts from the book.
*  *  *
Blurb
An insider’s view into what goes on behind the glittering facade of corporate stardom, DESTINY of SHATTERED DREAMS is a fast-paced tale of a brilliant young man’s meteoric rise. It is also a moving portrayal of the fallibility of love.
Ambition, passion and raw courage are Atul Malhotra’s key aides to realizing his dreams as he learns the art of gambling for high stakes. What follows is a game of treachery, infidelity and murder.
The book lays bare the sordid corporate-politico nexus that compels this once middle-class boy to deftly learn the ropes and negotiate a world where dirty deals and power plays can make or break lives, where one wrong choice could be fatal.
A tale of yachts and hidden Swiss accounts, sordid affairs of lust, intrigue and exhilarating highs, Nilesh Rathod’s Destiny of Shattered Dreams is also the story of innocence forever lost.

*  *  *
About the Author
Nilesh Rathod is a businessperson, writer and poet. Co-founder of Ensemble Infrastructure India Limited, Nilesh’s company currently employs over 2000 people.

Destiny of Shattered Dreams is his debut novel. Nilesh is currently working on his second novel. He lives in Mumbai, you may email him at nilesh@nileshrathod.in or visit his webpage http://www.nileshrathod.in You may also follow him on twitter @authornilesh or at http://facebook.com/authornilesh
*  *  *
on January 10, 2018
Email ThisBlogThis!Share to TwitterShare to FacebookShare to Pinterest
Labels: Book Review 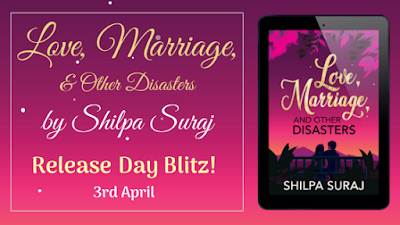