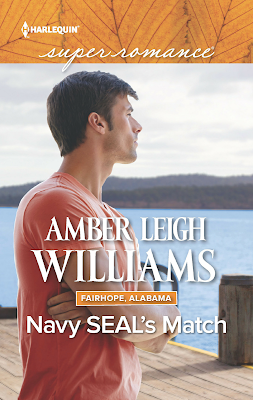 Title: NAVY SEAL’S MATCH
Author: Amber Williams
Publisher: Harlequin
Pages: 384
Genre: Contemporary Romance
My Review
Gavin is a former SEAL back in his hometown struggling with his demons, both from his time with the force and from his personal life.
Mavis has known Gavin for years (he is her brother's best friend) and she has made a place for herself in her hometown, 'different' though she is. With Gavin back, she chooses to stand by him through his struggle with PTSD and more.

Amber Leigh Williams' Navy SEAL's Match does everything that a good Harlequin Romance is supposed to - envelopes you with its romance and passion, has you connect and care for the characters, feel their pain, and smile at their idiosyncrasies.

Being a part of the series - Fairhope, Alabama series - this romance has other couples from the previous books, but they merge well into the narrative. That makes this a good standalone read, but if you have read the previous books in the series, you get sweet glimpses into the 'happily ever after' of the couple you know from before.

In this book, Amber Williams has brought together two strong individuals, with their own personal struggles. Add to that the disapproval, curiosity, and support of their families, and it is a story that touches many emotions.

Former SEAL Gavin Savitt always knew who he was—until his last deployment ended tragically. Now he’s home, his mind hijacked by trauma and the shadow of his once-perfect sight. Yet in this new hazy, unclear world, one person stands out—Mavis Bracken.

There are a million reasons why Gavin shouldn’t be with Mavis, including that she’s his best friend’s little sister. Yet he longs for her touch, her freckles and her special way with wild, skittish beasts like him. He just needs the courage to take his life back. And Mavis won’t let him give up without a fight.
Amazon Link:
https://amzn.to/2rHXLGl 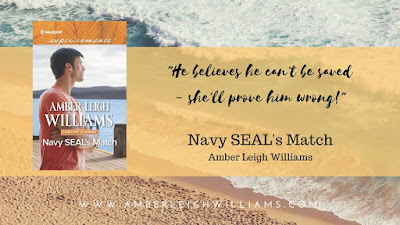 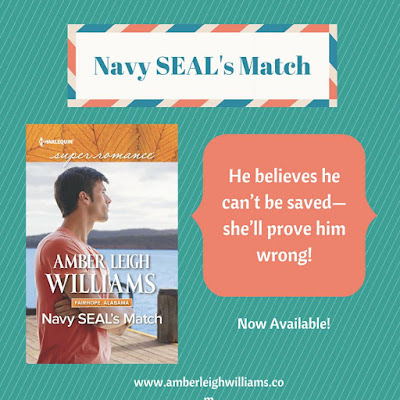 “I know it’d be better for you if I left.”
“You let me be the judge of that,” she advised.
“The moment you’re burdened by me,” he said, slowly, “I’m out of here.”
She didn’t agree. No. Instead, she raised herself onto her toes.
Gavin’s eyes closed and his breath hitched as her kiss washed breathily over his lips and blew him away. Answers cropped up inside him, bright like candles. His hand moved to the back of her head, no more able to snuff them out than he was to convince her to walk away. 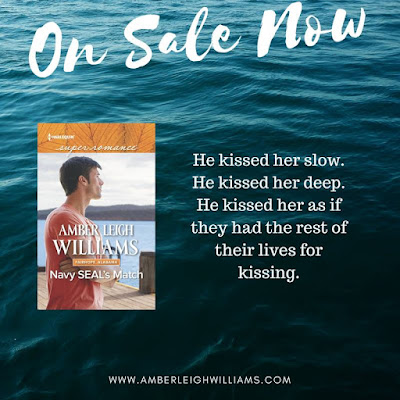 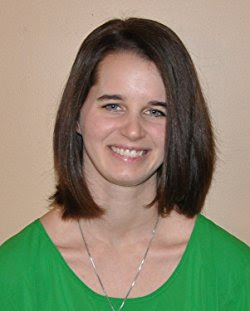 Amber Leigh Williams is a romance writer who lives on the US Gulf Coast. She lives for beach days, the smell of real books and spending time with her husband and their two young children. When she’s not keeping up with rambunctious little ones (and two large dogs), she can usually be found reading a good book or indulging her inner foodie. Amber is represented by the D4EO Literary Agency.
Amber’s latest book is the contemporary romance, Navy SEAL’S Match.

Visit us at Pump Up Your Book!

on June 21, 2018 No comments:
Email ThisBlogThis!Share to TwitterShare to FacebookShare to Pinterest
Labels: Book Review 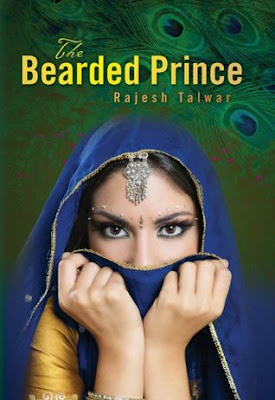 The Bearded Prince reminded me of the Vikram and Betal stories. There's the grandeur of royalty and emotions that are common to all, a dilemma and a suspense to the reason behind the reason.

Often when narrating a story to kids, one has to clarify certain instances so as to ensure that they don't get an impression of wrong-doing or prejudices from it.
The author, Rajesh Talwar does it for you and with a touch of humour too.
"Quite often, people assume that princes and princessses are bound to be good looking people, but they are wrong in their assumption. Anyone closely connected with royalty knows that there are ugly princes, short princesses, princes who are scarred, and princesses who lisp. God and nature have not made any special provision for princes and princesses that might make them in any way more appealing or attractive as human beings than the rest of us."

'A Modern Tale Set in Ancient India' is how it is described and rightly so. It's a tale of olden times told in the language of today, explaining things in a way that the readers who don't know of the old stories would understand.
The author makes a point about equality, individuality and respect for ones' family.

Princess Roopali is someone with whom the present day kids can relate too.
I do think that although grown-ups would enjoy this book, it the younger lot that The Bearded Prince can truly charm.

The Bearded Prince is a simple story. The simplicity itself and the little details, the thoughtful explanations are really good.

*  *  *
The italicised text in quotation marks are quotes from the book.
I received a free copy of this book in exchange for an honest review.
thetalespensieve.com
*  *  *
Blurb
After much persuasion, Princess Roopali, ‘the beautiful one’, agrees to have a swayamvara. This is an ancient Indian ceremony in which an unmarried girl who has come of age chooses a husband from among several suitors. According to the tradition, at the end of the ceremony, the princess is required to place a marigold garland around the neck of the prince she has decided to marry. She is happy to meet with all the princes who will attend the ceremony, and are keen to be chosen by her. She explains to her parents, the king and queen that she does not, however, wish to meet anyone with a beard. Over the past few years there have been a string of armed robberies by a gang of tough-looking bearded thugs. The princess has come to dislike beards. Her father, the king, explains to her that it would be discourteous for them not to extend an invitation to any eligible prince, but he would be surprised if any of them still sported a beard. Will Princess Roopali find the prince of her dreams? A delightful tale set in Ancient India the story provides a window into an exotic culture and will appeal to children from all age groups – particularly those from the ages of five to one hundred.
*  *  *
About the Author - Rajesh Talwar
Rajesh Talwar has more than a dozen books to his credit. His fiction includes plays, novels and stories for children. You can read more about him, and view his other books at www.rajeshtalwar.com and www.amazon.com/author/rajeshtalwar. At present he lives and works in a tropical island not far from Australia, whose seashores are visited by dolphins, crocodiles as well as the occasional mermaid.