My Review of The Turkish Affair

A question that I am asked often is - 'What do you get from reading novels?' And I understand where this question comes from. The extent of reading of most of those around me is limited to Whatsapp messages and, at the most, newspapers. Reading is supposed to be about learning something and was/is limited to school/college textbooks.
You want stories and/or entertainment, you switch on the television, or something similar.

Most people are not looking for a discussion on the subject, so a sentence or two, or at times just a smile has been known to suffice as an answer.
I have given many reasons over the years. There are many reasons. Very few of these reasons make sense to non-readers.
One that I have realised is most easily accepted by them though is that you do learn from novels.

The point of starting with this kind-of rant is that even as I enjoyed reading J. Arlene Culiner's The Turkish Affair, I learned things too.

The Turkish Affair has Anne Pierson, a tourist guide/interpreter and Renaud Townsend, an archaeologist as central characters. Both are Americans, but the setting of their story is Turkey.
The romance in The Turkish Affair has secrets of past, mysteries of crime, and intrigue of a foreign culture interwoven in it, which makes it a fascinating read.

A fast-paced novel that I enjoyed, while I also learned about places and professions that I knew little about. I highly recommend this one.

Priceless artifacts are disappearing from the ancient Hittite site of Karakuyu in Turkey, and the site director has vanished. Called in to solve the mystery, archaeologist Renaud Townsend is hindered by both his inability to speak the language and the knowledge that the local police are corrupt. His attraction to translator Anne Pierson is immediate, although he is troubled by her refusal to talk about the past and her fear of public scandal. But when murder enters the picture, both Anne and Renaud realize that the risk of falling in love is not the only danger.
About the Author 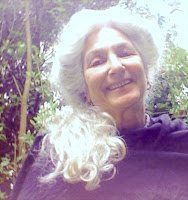