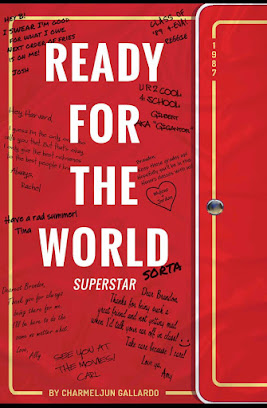 Title: Ready for the World - Superstar
Author: Charmeljun Gallardo
Genre: Young Adult/Coming of Age
Book Review
The second installment in Gallardo's Ready for the World series starts with the protagonist, Brandon working on his book. The series is set in 1980s when the typewriters ruled and cellphones and social media had not taken over the lives of youngsters.
Superstar takes off where the first book, Driver's Education had ended. Brandon has realised that being a writer is his calling and being with his childhood friend, Ally his destiny. Life seems to be sorted. But then when are things in life ever so simple? Well, they are not simple in this case either.
Through the course of this book, we see Brandon struggling with his feelings, discovering things about himself as he goes along, hanging out with friends, living through high school, taking a job and finding new interests, struggling with difficult choices and heartbreak... basically living the life of a teenager.
This book captures the little nuances of the life of a teenager in general and once in a while, the life of a Filipino family, as it fascinates with the relationships and emotions of Brandon and his friends and his family.
*  *  * 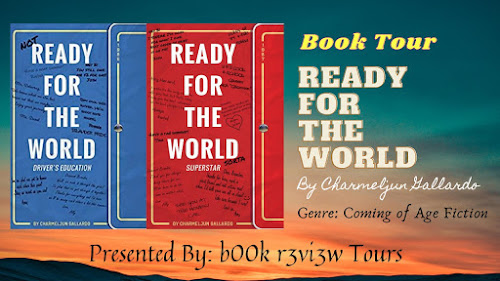 About The Book Series 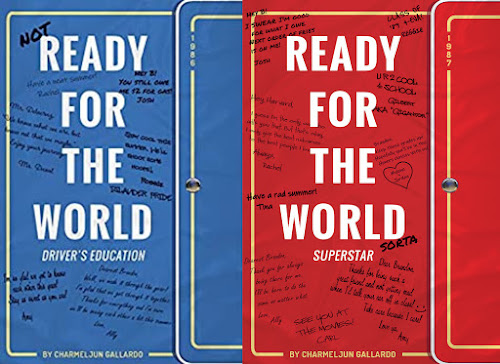 Ready For The World - Driver’s Education:
All Brandon Delacruz is asking out of his young life is popularity, riches, and the girl of his dreams. But what he does have are good grades, a ten-speed bicycle, and his two lifelong friends, Josh and Ally, at his side. And together, they’ll navigate their way through the rigors of high school life.
But unlike high school, real life doesn’t come with study guides. Brandon realizes that the girl he’s always dreamed about has been there all along. And as he untangles his feelings for Ally, something tragic happens to her family that changes everything. Now, Brandon will spend the rest of the year balancing his romantic feelings for Ally and his life-long friendship with her while also dealing with tough teachers, classes, and toughest of all, meeting the Filipino parental standards.
Brandon will learn that the world moves pretty fast, whether he’s ready or not.
Ready For The World – Superstar:
Brandon Delacruz is destined to write the next great novel. At least, that’s what he hopes what’s in those stacks of notebooks around him. And why shouldn’t he be full of confidence? He’s doing great in school and after a long hard road, he finally has the girl of his dreams, his best friend, Ally.
But before the year can even start, Brandon’s life is turned upside down. Nothing is what he thought and things don’t happen the way he hoped. And as he sifts through his feelings and tries to make sense of everything, he meets Rachel, a confident and self-assured girl that doesn’t suffer fools lightly.
Ally has been the love of Brandon’s life, but things between them have become complicated without explanation. While he and Rachel are seemingly a perfect fit. Which girl will he choose? And more importantly, which girl will choose him? 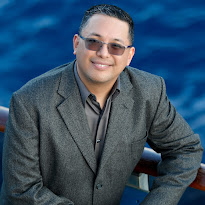 Charmeljun Gallardo is a former radiologist and author. His first book is Ready for the World young adult book series. He graduated from San Francisco State University with a Creative Writing degree in 1996. He is a writer, photography enthusiast, sports fan, movie geek, stroke survivor, and an adventurous foodie. He lives in San Diego, California with his wife and son.

Catch up with Charmeljun Gallardo On

on August 05, 2020 No comments:
Email ThisBlogThis!Share to TwitterShare to FacebookShare to Pinterest
Labels: Book Review 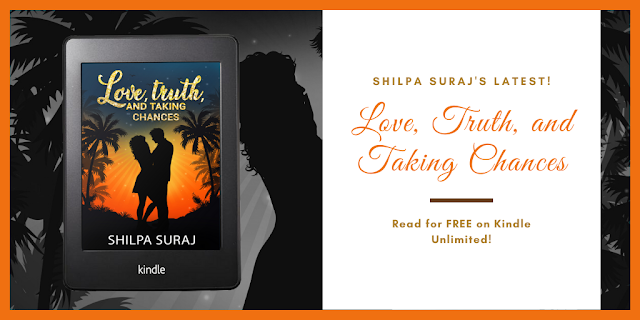 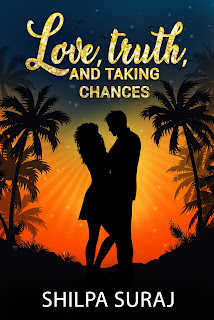 Losing his wife to breast cancer has left Arjun Kapoor a broken man. He vows to never risk his heart again. Until the day Vihana Luthra turns up on his doorstep. Vivacious, optimistic and bursting with life, she believes in taking each day as it comes.

Unwilling to love but unable to resist the force of nature that is Vihana, Arjun finds himself drawn into the manic chaos that is her life. And he starts to believe again; in hope, in dreams, in love...

But Vihana has a secret... one with devastating consequences. Will they be able to survive it or will it tear them apart?


Check out a few Quotes from Love, Truth, and Taking Chances 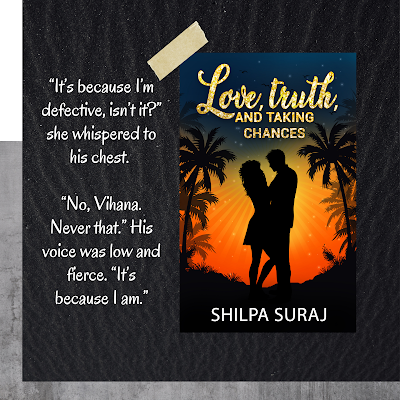 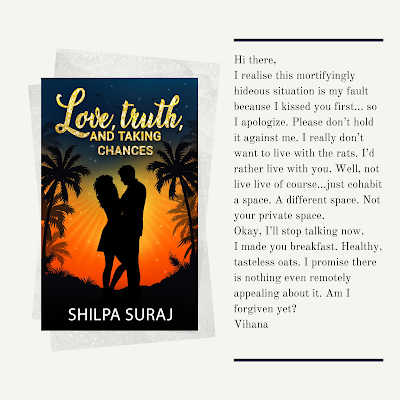 An avid reader with an overactive imagination, Shilpa has weaved stories in her head since she was a child. Her previous stints at Google, in an ad agency and as an entrepreneur provide colour to her present day stories, both fiction and non-fiction.